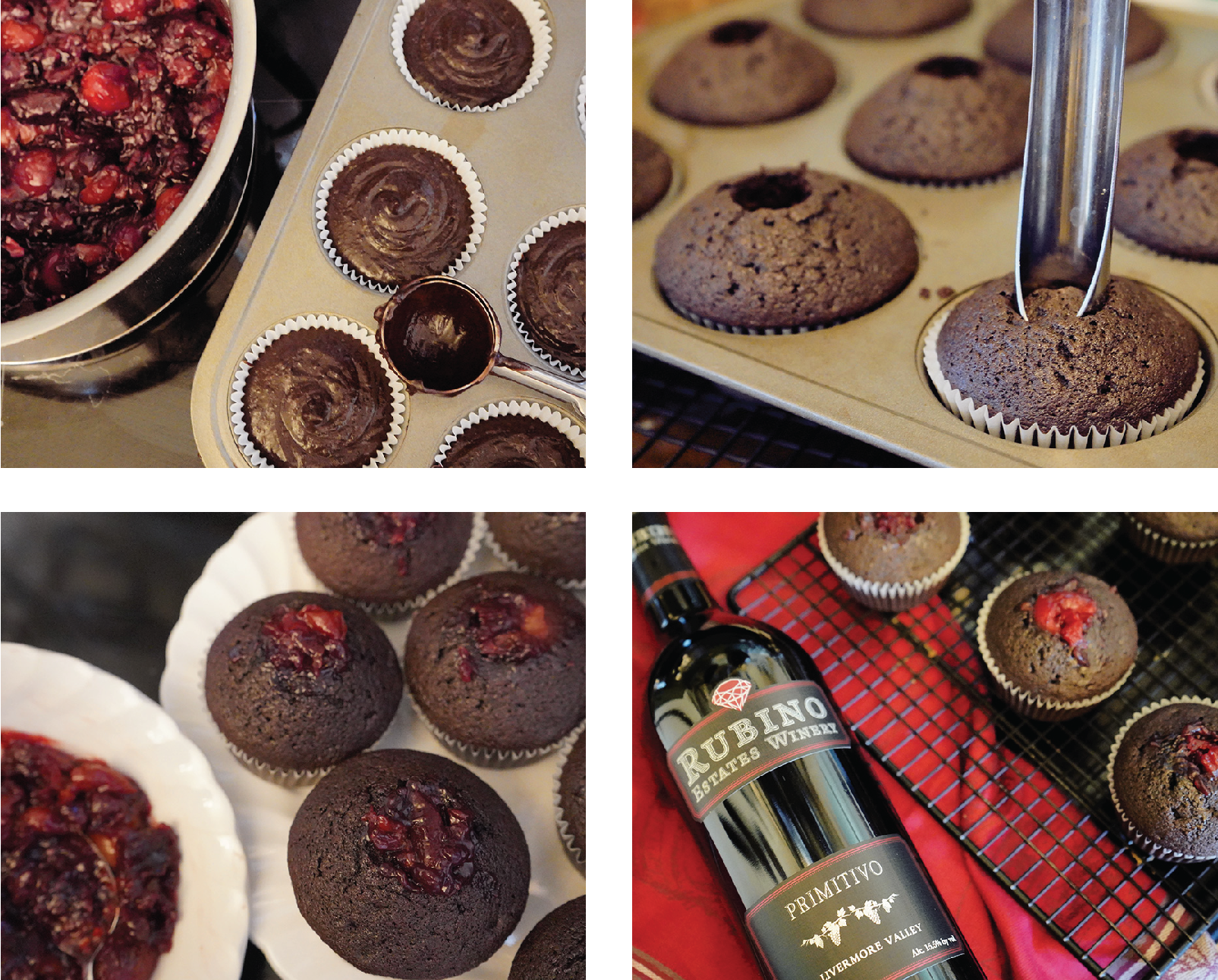 Did you know that March 28th is Black Forest Cake Day? This sounds like the kind of day we’d like to celebrate! Traditionally, Black Forest cake features chocolate, cherries, whipped cream, and a special cherry brandy known as Kirschwasser. To make this cake properly requires the freshest, highest-quality ingredients you can source, as well as a fair amount of time to make it all from scratch. This week, we’re putting in some practice while stripping down the classic recipe to make cupcakes. Of course, we can’t resist putting a little Rubino Estates spin on the recipe with a few splashes of red wine! We recommend Primitivo, with its seductive bouquet of beautiful fruit flavors.

Credit: We have adapted this recipe from Kyleigh Sage’s food blog, Barley and Sage. 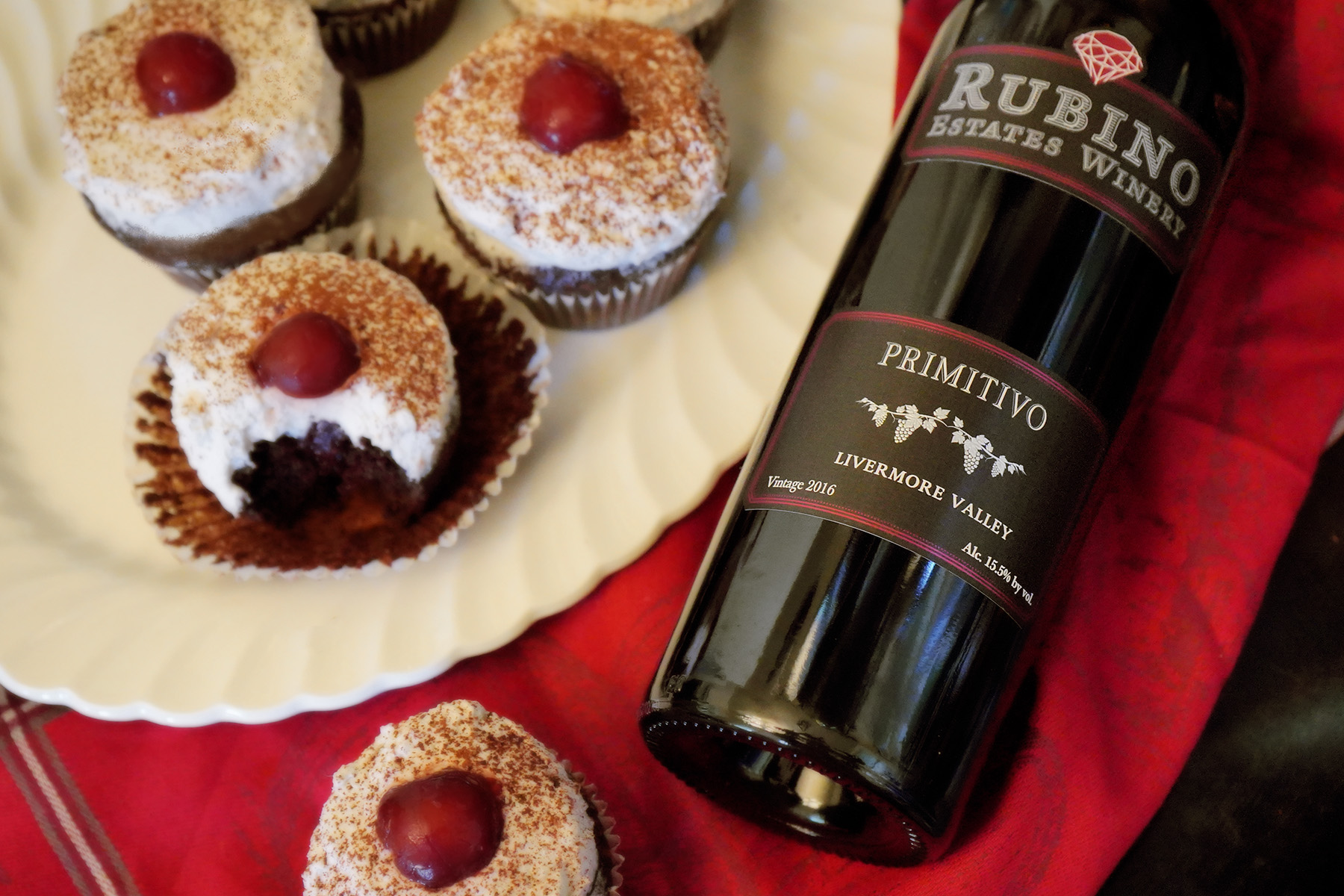 Click here for a downloadable recipe card.
Buon Appetito! If you make this recipe, let us know @rubinoestates on Instagram!