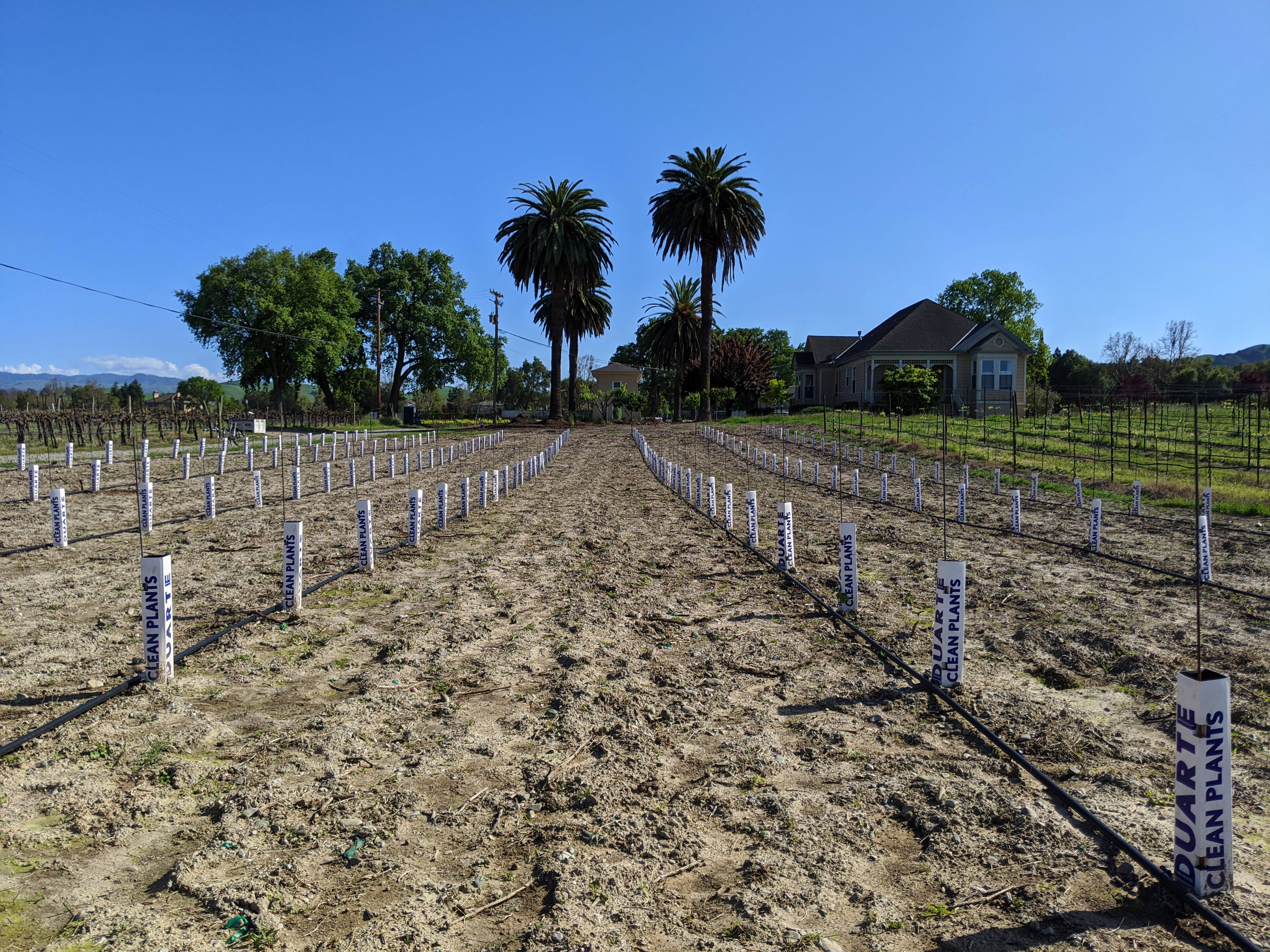 In 2011, the organization, Wines of Argentina, chose April 17th to commemorate the day when president Domingo Faustino Sarmiento of Argentina officially made it his mission to transform Argentina's wine industry. Though the grape's origins are in France, many of us associate Malbec with the easy-drinking, rich black fruit flavors of Malbec from Argentina. Due to the success of Argentinian Malbec, acreage of Malbec in California continues to see growth—and we are one of the vintner's producing Malbec in the Livermore Valley!

Above is a picture of the newly planted Malbec on the estate, right in front of our winemaker's home where he can keep a close eye on it as it grows. Currently, we use Malbec in small percentages for blending into our red wines but who knows what the future will bring? We're excited to see what magic our winemaker, Jesse, creates in the bottle once the vines begin to produce fruit!

Some Fun Facts about Malbec